Are Duty Bearers Supporting the Fight against Galamsey? 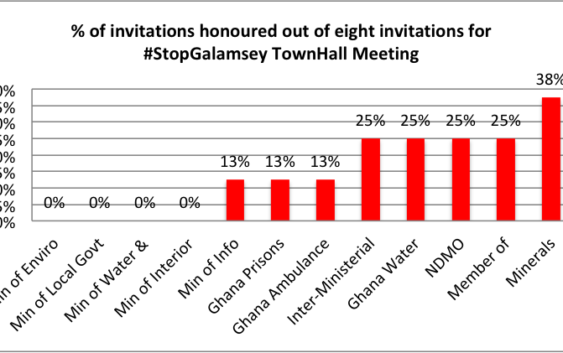 Are Duty Bearers Supporting the Fight against Galamsey?

Mineral resources belong to the current and future generations and are vested in the President in trust for the people of Ghana.

In accordance with the governing provisions of the Constitution, the President appoints ministers, local government heads; chief executives, heads of ministries, departments, among other officials, to help him perform these functions among many other duties. These heads coordinate and direct the administrative machinery under their ambit for the welfare of the people. They owe citizens a sacred duty to own efforts to stimulate community and institutional ownership of a national action as in the case of the current fight against illegal mining also known as galamsey.

More often than not, leadership especially the political class, have failed to cooperate with well-meaning citizens in their efforts to abate this menace. This piece aims at identifying the level of cooperation by relevant duty bearers to calls by the Media Coalition in its fight against galamsey.

The Media Coalition Against Galamsey (MCAG) was formed in April 2017, to carry out public education on the ills of illegal mining activities; carry out advocacy with stakeholders to ensure the eradication of galamsey and to promote sustainable mining.

Before engagements are held in intervention arears, letters of invitation are extended to heads of ministries, department and agencies to attend events in person or delegate. This affords them the opportunity to share with citizens, government position, plans, efforts and also hear from the citizenry.

Within a period of over 10-months of citizens’ engagement in the eight (8) affected illegal mining regions, some duty bearers have honoured invitations to these events whiles other have disregarded same. (See table below).

1.      From the table above, it is evident that, the Ministry of Environment, Science, Technology and Innovation,Ministry of Information, Ministry of Local Government and Rural Development, Inter-Ministerial Committee on Mining, Ministry of Water & Sanitation and Ministry of Interior have shown no support for community engagements and by inference, the fight against galamsey as one would have thought, they should have rather led this crusade.

2.      It is worth noting that, a key Ministry like the Ministry of Environment, Science, Technology and Innovation, who has its leader being the Chairperson for the Inter-Ministerial Committee on Mining has not shown support for this crusade.

It is our expectation that, all stakeholders, especially state agencies, ministries and committees collaborate to tackle this issue head-on to save our environment whiles we leverage on this natural resource in a sustainable manner.

Gideon is a Policy Analyst at Penplusbytes & Gloria Exe. Secretary at GIBA. Both are members of the Media Coalition Against Galamsey. 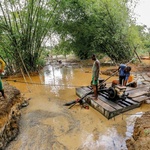 A collection of stories on Galamsey (Illegal mining activities) in Ghana: January 2017-March 2018

What You Need to Know About Media Coalition Against Galamsey