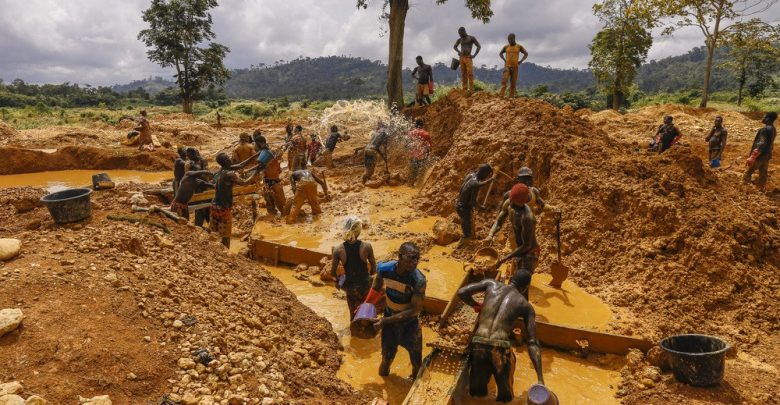 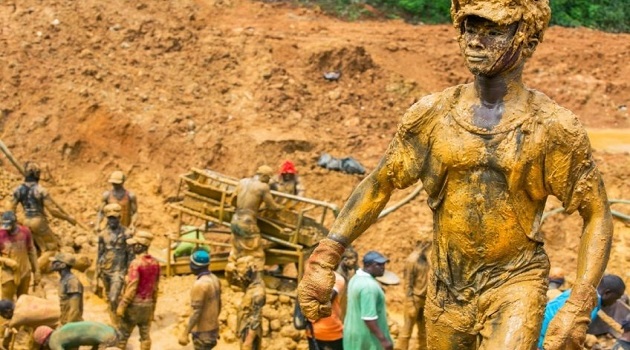 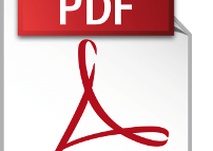 Liberalization of laws on mining in 1989, which legalized artisanal and small-scale mining with the primary aim of providing employment for the people and increasing government revenue, has rather turned out to be a curse!

Large tracts of farm lands have been degraded, forest reserves have been encroached upon, water bodies have been polluted and social vices have been on the ascendancy in communities with high population of artisanal and small-scale miners. Efforts made by past governments have failed to adequately address the aforementioned ills. The impunity with which the environment is being destroyed, among other unsustainable mining practices by artisanal and small-scale miners, has been a major concern of the current government.

As a further demonstration of its commitment to address the menace of illegal and unsustainable mining practices, the government upon assumption of office established the Multilateral Mining Integrated Project (MMIP) to tackle the issues using a project management approach. Consequently, a moratorium was put in place on the 1st of April 2017 to temporarily suspend artisanal and small-scale mining operations for a period of six (6) months.

The issuance of new licenses to ASM was also put on hold. Artisanal and small-scale mining sites (both legal and illegal sites) were, during the period, inspected by the Sector Minister and experts drawn from requisite agencies under the Ministry of Lands and Natural Resources to ascertain the extent of environmental degradation and mining practices used in ASM operations; and to also ascertain compliance to the ban imposed by the Minister. These visits resulted in some arrests of both Ghanaians and non-Ghanaians (Asians, Eastern Europe etc.) operating in unauthorized areas (on waterbodies, forest reserves, etc.). Some others were also mining beyond their concession limits. These unannounced visits have generally resulted in cessation of such activities, leading to some degree of improvement in the quality of water bodies, to the extent that the Ghana Water Company could now treat water for domestic consumption in some affected localities.

However, for a more sustainable approach, the MMIP is to deal with the issues holistically and introduce some reforms that will firmly deal with, once and for all, the illegal and unsustainable practices so far associated with what clearly are irresponsible small-scale mining activities in Ghana. The MMIP will have components, activities, milestones, targets, timelines and outcomes to deal with the menace for a period of five (5) years from project start date.