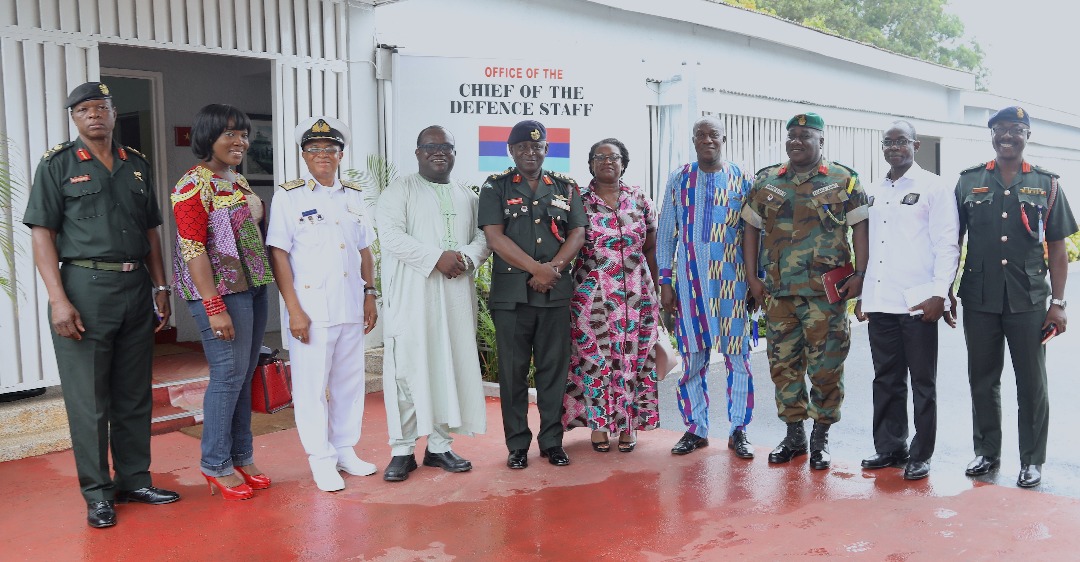 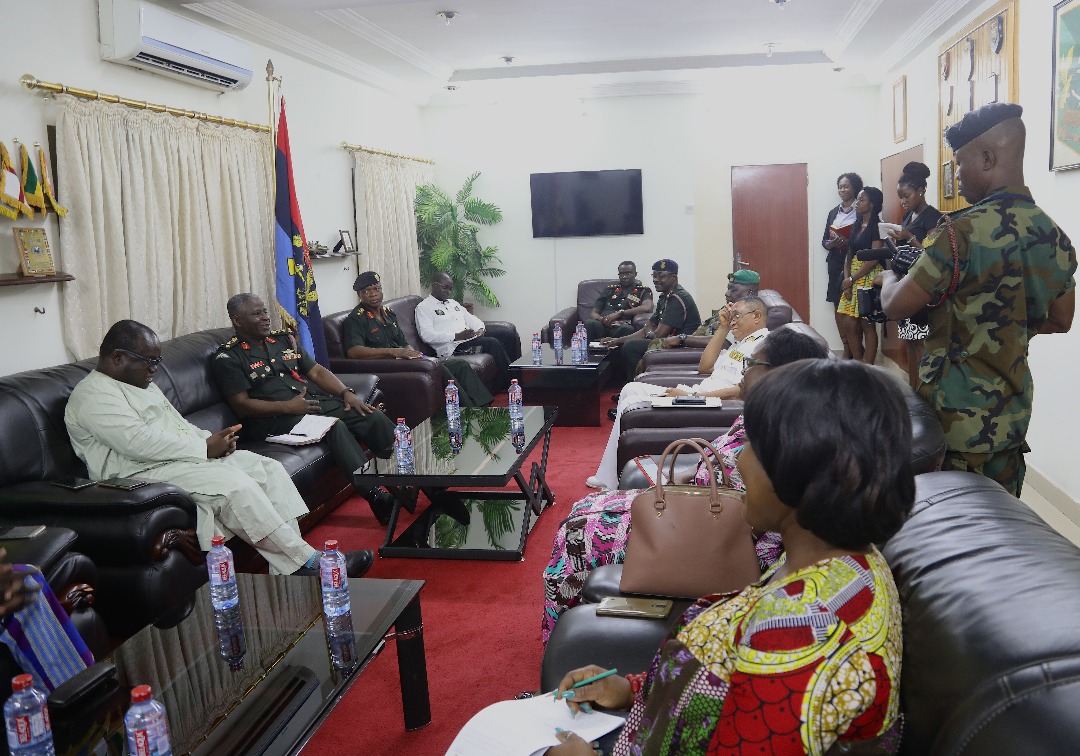 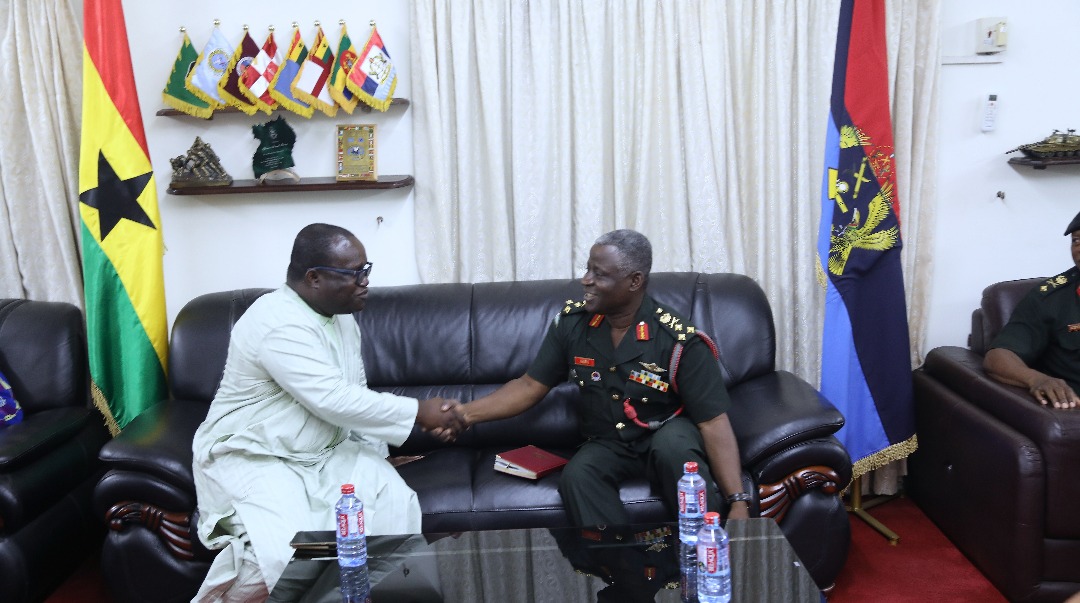 The Media Coalition against Galamsey (MCAG) has paid a courtesy call on the Chief of the Defence Staff (CDS) Lieutenant General Obed Akwa in his office at Burma Camp on Thursday, 3 May 2018.

The purpose of their visit was to brief CDS on their observations on illegal mining so far and also to solicit the support of the Military High Command in the fight against illegal mining.

The Convener for MCAG Mr. Kenneth Ashigbey added that Operation Vanguard should be resolute and focus on the operation. He urged the Military High Command to be on the lookout so their men don’t get involved in this menace thereby tarnishing the image of the Military.

According to him, the galamsey menace is as a result of leadership failure and added that the lack of prosecution of offenders would dampen the morale of the security agencies since most of the galamseyers who had been arrested had not been prosecuted. He urged the government to speed up with equipping the Operation Vanguard team with the necessary tools to enable them to tackle the menace.

Mr Ashigbey disclosed that in June they would launch a ‘Red Friday’ which would be observed on the first Friday in June to signify the urgency of the matter for all Ghanaians to be involved and know the effect of illegal mining on the environment.

He again acknowledged government’s support to the group and pushed for more collaboration in their campaign against illegal mining. They are currently being sponsored by STAR-Ghana which is a multi-donor funded voice and accountability programme whose purpose is to support the development of a civil society and citizenry capable of influencing change. He pleaded with the Military to tour the media by airlifting them to the sites to enable them get bird’s eye view, a pictorial evidence and first-hand information on what was going on at the galamsey areas so they could inform the public. ‘’We need to confront them with the evidence and shock Ghanaians with the truth on ground.’’ He commended the Military for their intervention and embracing the media coalition whenever they visited the galamsey sites.

The CDS congratulated MCAG for the initiative and pledged his support to the group. He pleaded with them to extend their operations till illegal mining was curbed in the country. “He added that the fight must be sustained until our Birim, Tano,Pra ,Ankobra and dense rivers are all seen as flowing waters and not mud.”

Lieutenant General Akwa underscored the lack of drones, low belt transport and other machines to equip the military in evacuating the machines seized by Operation Vanguard during their operations. He stressed that more troops would be deployed to galamsey areas and also assured Ghanaians that anyone who was caught in the act would be arrested and prosecuted. He called on traditional leaders and all other stakeholders to support the fight.

The Media Coalition comprising major media organizations in the country was launched on April 5, 2017, to wage a crusade against illegal mining by encouraging the citizens at the micro level and through town hall and community meetings to enhance the national discourse on ending illegal mining.