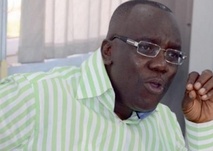 Forest Watch Ghana, is calling on the Ministry of Lands and Natural Resources to investigate the illegal mining allegations leveled against the Chief Executive Officer of the Forestry Commission, Kwadwo Owusu Afriyie, popularly known as Sir John.

Minority spokesperson on Mines and Energy, Adams Mutawakilu, had accused Mr. Afriyie together with Ashanti Regional Chairman of the NPP, Bernard Antwi Boasiako (a.k.a Chairman Wontumi), of involving in illegal mining in Jacobu in the Ashanti Region.

He further accused the President, Nana Akufo-Addo of covering up the two officials.

But a statement from the Forestry Commission challenged the claims describing them as a “misrepresentation of reality”.

Following these developments, Forest Watch Ghana, wants the sector minister “investigate this issue as a matter of public interest”.

The group also wants the minister “to involve independent actors and civil society” in an investigation that will restore the integrity of the Commission.

According to the group, the Forest Commission has a trust of helping to fight illegal mining activities in the country and it argues that any alleged involvement of a member in the same acts dents the image of commission.

“One of the main national agencies involved in the fight against illegal surface mining is the Forestry Commission (FC), hence any allegation whether remote or direct, involving the CEO of the FC, the chief conservator of forests, casts a big slur on the integrity and credibility of the Forestry Commission”, a statement by the group reads.

The group is of the view that for the said investigation to be legitimate, it would depend on the “public trust and credibility” of the findings. It is therefore calling on the minister to be mindful of the composition of the investigation team,

Forest Watch Ghana is also asking that the findings of the investigation be made public.