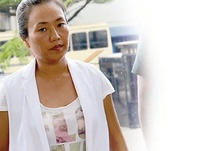 The trial of the Chinese lady, En Huang aka Aisha Huang and four others, who are accused of engaging in alleged illegal mining (galamsey) in Kumasi in the Ashanti Region had been adjourned to October 17, 2018.

The substantive investigator was expected to appear in court yesterday to give his evidence-in-chief regarding the investigation he conducted in connection with the charges levelled against the suspects but did not turn up.

The court had set yesterday as the last day for the prosecution to finish its case and the accused persons possibly opening their defence.

However, Mercy Arthur, a senior state attorney appearing before the court presided over by Justice Ekow Baiden told the court that the investigator was at the Police College hence could not make it to court.

The investigator had earlier indicated to the court that he was writing an examination, the reason the court adjourned the matter to yesterday.

The presiding judge subsequently adjourned the matter to October 17, 2018 for hearing to continue due to the legal vacation which commences on August 1, 2018.

Meanwhile, the case would be mentioned on August 13, 2018 since one of the suspects is in custody.

The state has already called five witnesses who told the court the role they each played in the apprehension and subsequent arraigning of the suspects.

Deputy Superintendent of Immigration, Divine Ahumah Ocansey, who was the last witness to appear before the court disclosed that Aisha used non-existing details of her alleged Ghanaian husband to secure resident and wok permits in the country.

He told the court that the suspect used the details of one Anthony Fabian whom she claimed to be her Ghanaian husband to get both a dependent and indefinite permit.

The court heard that the indefinite permit which was granted the Chinese woman on April 24, 2015 meant that she can enter Ghana without a visa, as well as can employ and be employed without a Ghanaian resident or work permit.

He told the court that a careful examination of Aisha’s passport revealed that she first arrived in Ghana on May 25, 2010 with a B2 Visa which was conditioned for 30 days at the point of entry at the Kotoka International Airport.

He stated that B2 visas are given to “people who intend to visit relatives, friends and for medical purposes”.

“She continued renewing the resident permit which was issued to her, I think in November 2010. On April 28, 2015, she was granted an indefinite permit all in the name of an alleged husband, Anthony Fabian, with conditions attached that she is to enter the country without visa. She could be self-employed or employ without work and resident permit”, the witness told the court.

The court heard that the Chinese woman was not given license to operate or support mining services.

Deputy Superintendent of Immigration, Divine Ahumah Ocansey told the court also that two of Aisha’s accomplices have been living in Ghana illegally following the expiration of their visas.

He told the court that Gao Jin Cheng and Lu Qi Jun entered the country on a 30-day B1 visas on June 13, 2015 and September 26, 2017 respectively but failed to renew their stay in the country.

He stated that all the four accomplices, however, were not granted work permit hence could not engage in any form of work or be employed while still in Ghana.

Led in his evidence-in-chief by Mercy Arthur, a chief state attorney, witness told the court that although Aisha Huang told the immigration officers that she invited Habin Gao and Zhang Pen into the country to work on her excavators, details available to the GIS shows otherwise.